My Little Green Car Keyword: This is officialy my first BIG mistake. Sort of.

I started this blog because I loooved the story behind the name (see my first post if you want to know why). But I didn't realize I made a mistake when I picked the name. Don't make the same mistake I did! 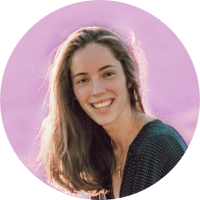 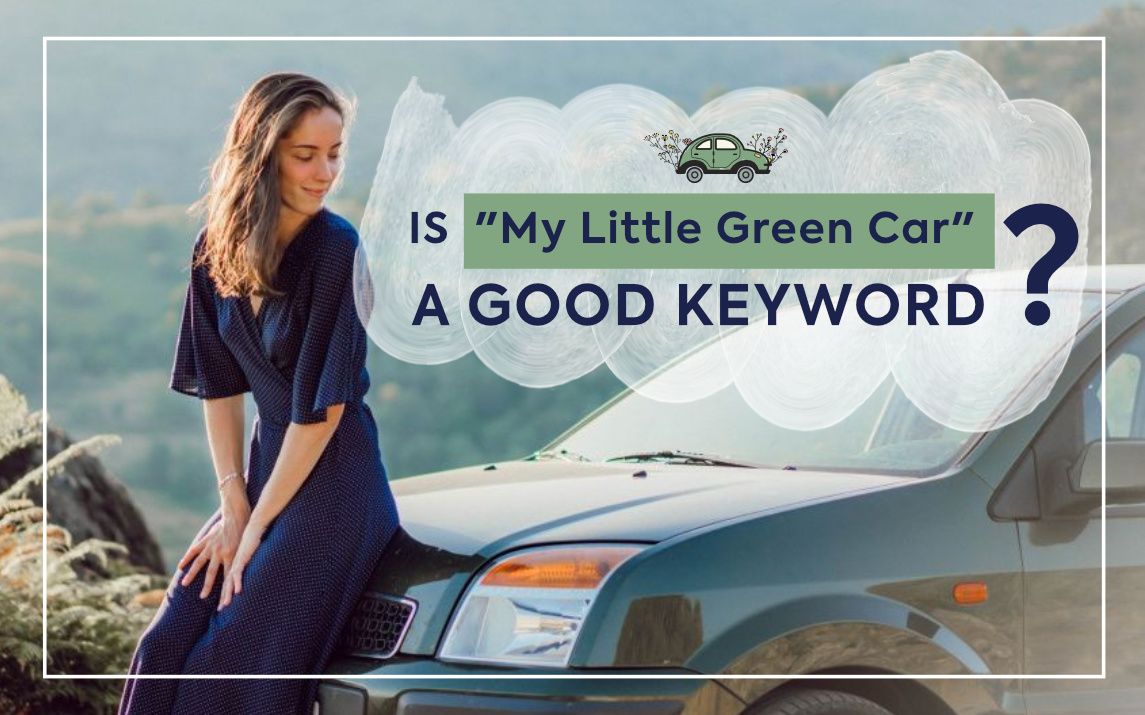 Is it really that big of a deal?

3. Not a lot of backlinks

What you can learn from my mistake

I don't want this post to be long, so I'll go stratight to the point.

I made a mistake.

When I came up with the name for the blog you're currently in (My Little Green Car) I never checked the keyword difficulty. I guess since it was such an "original" name, I thought that nobody in the world would've though about it before I did.

Check the KWFinder sceenshot to check it out yourself: 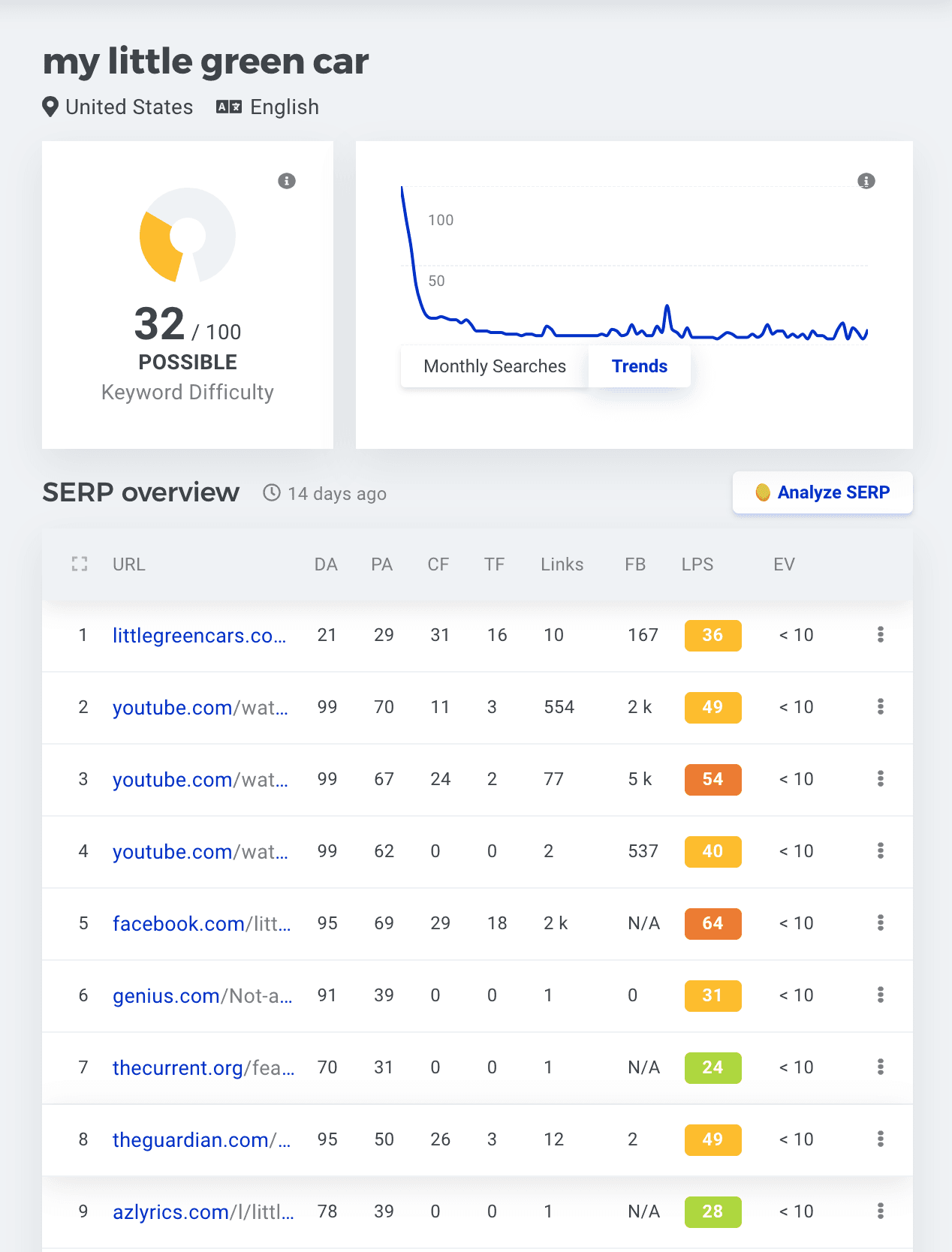 By the time I realized that it was such a difficult keyword I already had my logo designer working on the design. And I wasn't going to pay twice for a different logo.

Besides... I love the name! "My Little Green Car" represents so much about myself and my life, I simply love it! Had I known that it was such a difficult keyword, I would've considered a couple of different options. But I might have simply stuck to "My Little Green Car" because I love it so much!

Is it really that big of a deal?

If you're being 100% objective, then no. It's not that big of a deal because nobody is looking for my blog by typing "My Little Green Car". And I mean, nobody. So my blog is not going to have less (nor more) visitors because the keyword is tougher.

But it is a big deal to me... To be honest, I wanted to be able to rank fast for "My Little Green Car" for sentimental reasons. When my friends and family start looking for me online, I want them to see that I'm on top. Even if it's just for them. And hopefully they will! I'll just have to try harder!

Maybe it's me trying to be optimistic, but I want to think that, although I did make a mistake, there are reasons to believe I can rank number 1 quickly. Here's why!

It might be my hardest keyword to date, but that doesn't necessarily mean that it's an impossible keyword to rank for. Sure, it is going to be harder that the others, but I'll eventually get there. I'm sure I will! I'm in on this for the long run!

3. Not a lot of backlinks

The keyword might be difficult to rank overall, but the first page results dont have a lot of backlinks. Their facebook page does, but that's about it. And all those backlinks are related to the music industry. If Google picks up a website that's growing fast and that's getting attention because of something different to the music industry, it might rank faster that I could foresee. 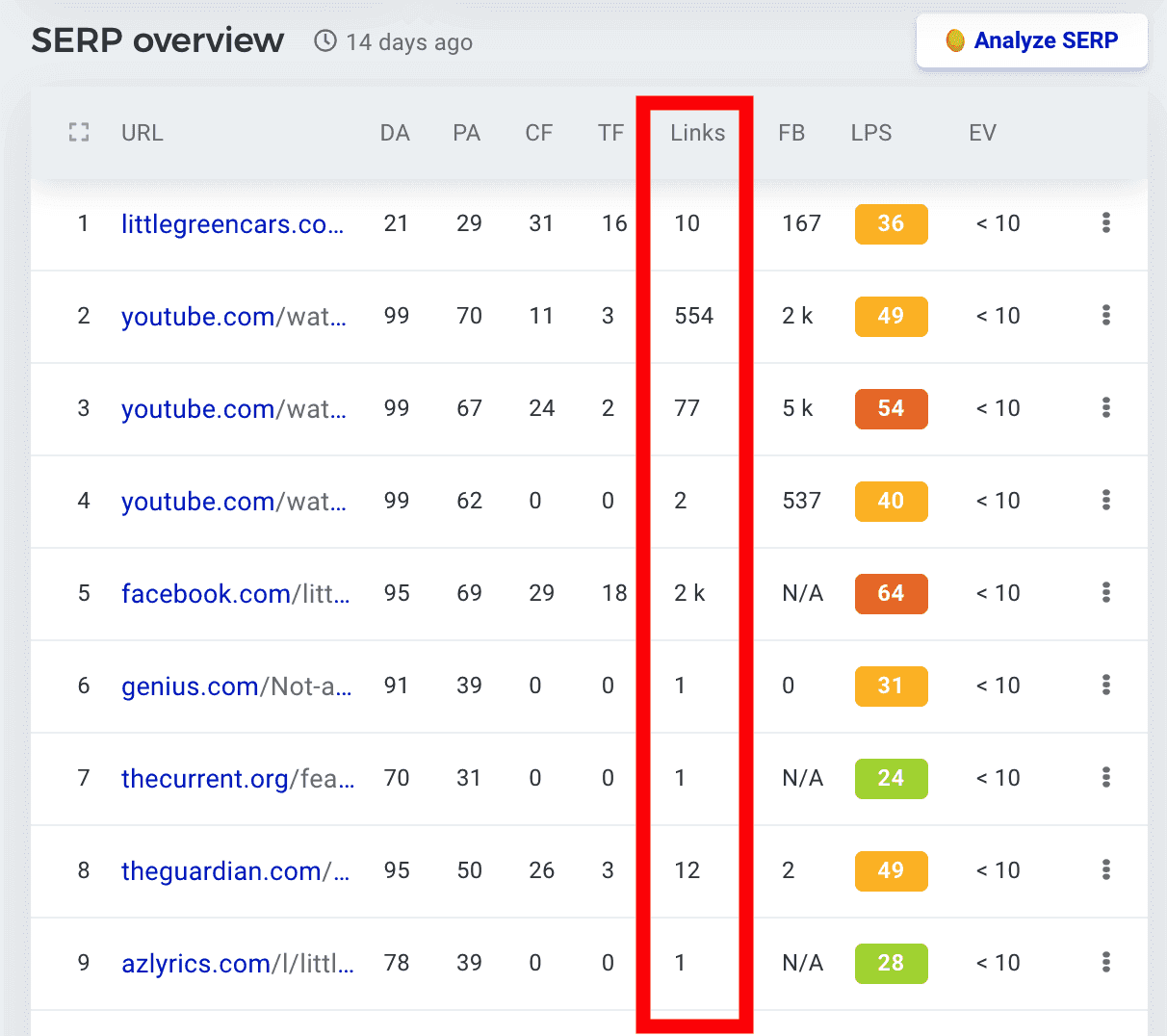 What you can learn from my mistake

I hope one day I can write a post titled "How I overcame a keyword mistake and ranked number 1 in 3 months". But until I do... I'll have to work with what I have!

But that's a good thing! We're here to learn, and every mistake is a learning opportunity! Maybe some of you are in the same situation, maybe this forces me to learn a backlink strategy that works remarkably well... I simply don't know. But I know that I'll overcome this mistake and rank number 1! Hopefully it will happen soon!

If you don't want to make the same mistake, please read my post on My Keyword Research Secrets and Tools Finally Revealed!. That's what I did with my other two keywords (rug cleaning and dentist near me) but I didn't.

I just made my first mistake. But I did because I took action. If you stay home watching Youtube videos and Netflix all the time, there's no way you'll ever make a mistake. Ever. But you won't get anywhere either.

Making mistakes is a good thing because it means that we're trying to move forward!

If you're ready to move forward, take a look at my Niche Blogging Guide, or sign up for my 21 days challenge and let me help you start the right way! 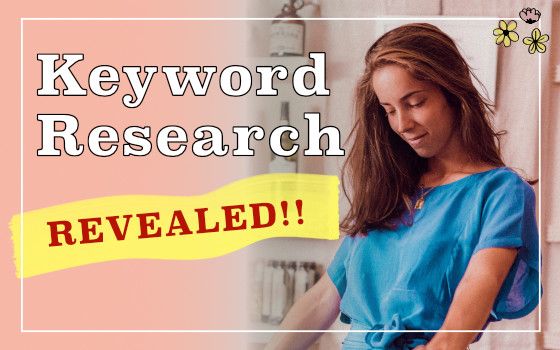 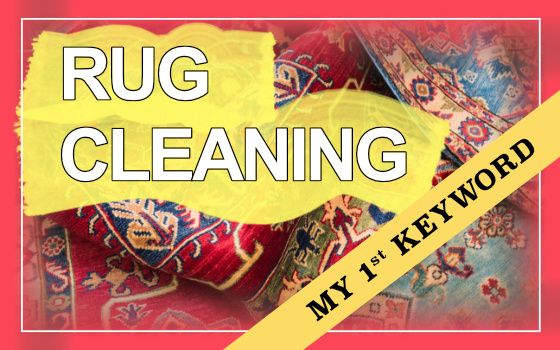 Rug Cleaning, My Very First Keyword: Why and How I chose this Keyword to be my FIRST niche blog! 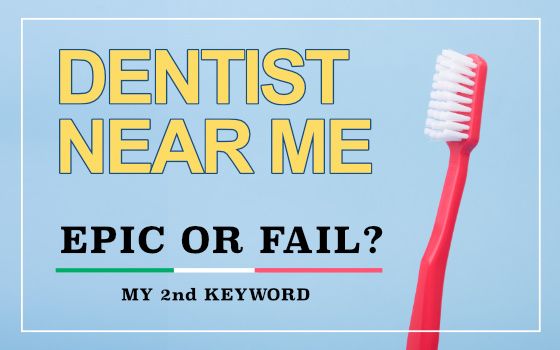 Best Dentist Near Me Keyword: My most challenging keyword (and the most profitable?)

Who wants to ride shotgun?